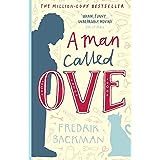 We met at Janet's for a discussion of A Man Called Ove by Fredrik Backman, Carla's choice. In honour of the Swedish setting of the book, Janet served smoked salmon, Rye-King crackers, and Swedish apple pie, along with a lovely selection of cheeses and hummus. In attendance were Shirley, Janet, Jane, Colette, Jolene, Beth, and Carla, along with Michèle for part of the evening via Skype. Oh, and canine Angel attended to see if she could snag some salmon. Blackie, the Cat Annoyance, put in only a brief appearance.

Carla gave us background on the writer, who has been at various times a truck driver, journalist, blogger, and Sweden's most successful author (according to a vote taken in 2013). Backman's sense of humour is evident in interviews. About his move to writing, Carla quoted him as saying, "I write things. Before I did that I had a real job, but then I happened to come across some information saying that there were people out there willing to pay people to write things about other people, and I thought, 'Surely this must be better than working.'...Not to mention the fact that I can sit down for a living now, which has been great for my major interest in cheese eating." See JPL's Book-in-a-Blog

In addition to A Man Called Ove, Backman has written My Grandmother Sent Me to Tell You She's Sorry and a non-fiction book called Things My Son Needs to Know about the World. In May 2016, Britt Marie Was Here is scheduled for publication, and a movie based on Ove is apparently to be released in December.
Everyone in the group loved the book, though title character Ove would not care about our opinions since we are not Saab drivers. The novel's appeal lies in its relatability-- we all know people like Ove, who appear unsympathetic at first but can later turn out to be neighbourly "superheroes" when the layers are peeled back. Even when we fail to find redeeming qualities in our curmudgeonly acquaintances, the book reminds us that human beings are complicated, and grumpiness may have its roots in personal tragedy.
Some in our club found the beginning of the novel a bit tedious and the epilogue unrealistic (wouldn't wife Sonja have found a use for personal wealth in her life time, perhaps helping needy school children?), but we all agreed that Backman has an uncanny knack for dealing with heavy topics, then at just the right moment, adding comic relief to make us laugh out loud.

The character Ove was first created in a blog, as the author thought about interactions with his own father. Backman says Ove is consistent from beginning to end, a man of rigid principle, and it is the readers' opinions of him that tend to change. Backman explains that comedy arises from Ove's disproportionate reaction to everyday situations. (You might consult the Laurie Grassi interview found here: Fredrik Backman on his best.)

Despite the book's light-hearted tone, our group was prompted to discuss such heavy topics as physician-assisted suicide (an issue current in Canadian politics) and Alzheimer's disease. In the novel, Ove's one-time friend Rune is being forced from his home by White Coats, and Ove will have none of it.

Thanks, Carla, for a wonderful read. A warm relief as we work our way through this February weather.
Posted by Muse and Views Bookclub at 10:01 AM No comments: