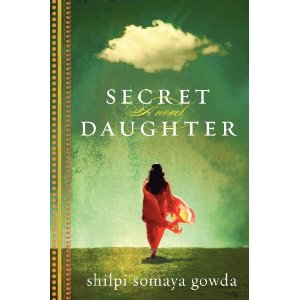 Our host was Colette for this first autumn meeting. Present were along with Colette, Beth, Betty, Carla, Jane, Janet, Jolene, Michèle and Shirley.  Colette had prepared wonderful sweet potato, basil and tapenade hors d'oeuvres, tandoori chicken, cheese and a wonderful fruit pie made by her husband Dan. She also served California wines.

Before discussing this month's book, we had a short discussion on what is necessary for a book to be considered a modern classic.  Beth, who is an English teacher gave us an excellent interpretation of what she feels is a modern classic.  She feels, and we agreed with her, there must be some perspective, distance of time.  Often a classic book will be quoted by other authors, in interviews, articles, etc.  She quoted Alexander Pope's couplet "What oft was thought, but ne'er so well expressed." They express profound thoughts that stay in people's minds. Classics are also often books first published in a new style and are at the beginning of a new trend in writing style or theme.

The book choice was Secret Daughter by Shilpa Somaya Gowda and was presented by Shirley.  Ms. Gowda is Canadian born and raised who now lives in California.  This is her first novel.  She began her career as an investment banker and then migrated to writing.  She is presently working on her second novel.  Shirley chose this book because it had many themes that she thought could be discussed; mother/daughter, cultural differences, sex selection, extreme poverty vs. rich, adoption and many more.

All enjoyed the book very much and as was expressed by Colette, books that allow us to learn something new about a culture or subject are always interesting.  We all noted the difference in how Ms. Gowda was much more descriptive as to the climate,  smells, sights, sounds, clothing, food, surroundings and people in India than in California.  It highlighted vivid dynamic India and bland California in North America.  Her description of the slums in Mumbai were descriptive but she did not go into as much detail as a previous book we read City of Joy by Dominique Lapierre.  The slums were not the core of the story in Secret Daughter.

We discussed Somer's character, the American mother,  quite extensively.  Some of us saw her as selfish and rigid, unwilling to embrace her Indian husband's culture.  However,  in further discussion many saw that her infertility changed her completely.  Though she was a self-assured professional career woman, she became an insecure woman, unsure of herself in every aspect of her life, as a doctor, mother and wife.

As in several of our last chosen books, identity is a strong theme in this story.  Somer has lost herself, consumed by her infertility.  Her husband Krishnan has tried to blend into American society, embracing everything american, even meals such as Thanksgiving with "bland" mash potatoes and all the fixings.  Asha as she grows up, constantly wonders about her identity not able to identify quite with her friends who have two parents of Indian descent nor her friends who are "all american".  She longs to know who her biological parents are and writes them letters that she hides from her parents.  Jasu, Asha's biological father loses himself in drink when he cannot support his family.

Ms Gowda wrote an excellent story depicting the differences in culture, how it impacts on people and how some adapt and some do not.  Many of us mentioned that we would read other books by Ms. Gowda.

Posted by Muse and Views Bookclub at 3:12 PM No comments: